Infertility is when there is a difficulty in having children for more than a year of sexual life. I learnt in wide-angle, infertility is not the case confined only to women. Even men go through male infertility which means an inability to cause pregnancy in a fertile female partner. However there has been silence ruling this topic and it is not much spoken about.

In the start of the last decade, about 12-28million couples per year are diagnosed with infertility in our country. The sperm count of an Indian male back then was 60million / millilitre while it came down to 20million/ millilitre as per the doctors claim. The reproductive anomalies and the male infertility are equally responsible for not being able to bear children. Speaking of worldwide prevalence 7 per cent of the male population are suffering from infertility.

Even when the lifestyle wasn’t this advanced as of now, back in 2015, 27.5 million couples have attempted for the assisted reproductive treatments. That shows how extreme the problem of male infertility could be now. The prevalence in our country in comparison to the worldwide spread has several factors to be considered in contributing to reproductive health. Going forward, let’s dive into the details of this condition. Male infertility generally occurs due to the issues in semen quality, sperm count and several factors working together. 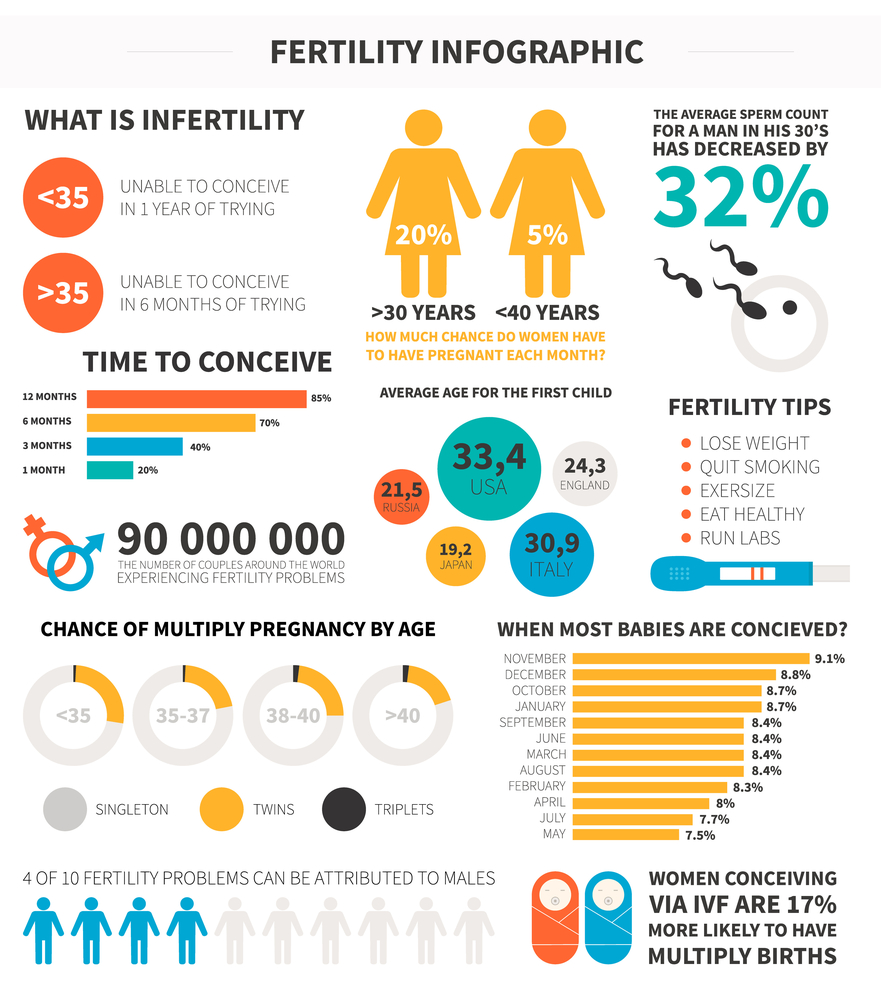 Let’s begin by talking about the signs and symptoms of male infertility. The primary and main sign of male being infertile is the inability to conceive a baby. It is an obvious sign than any other. Some other symptoms to conclude male infertility are

a) libido gets reduced. The reasons can be many for them. It can either be painful intercourse or erectile dysfunction or accumulation of fluid also called seminal fluid. However, a man with fertility issues shows a reduced sexual desire also said as hypoactive sexual desire and low sexual satisfaction. These are taken into consideration also for sexual dysfunction which we would be talking about next.

b) Sexual dysfunction: Sexual dysfunction is different from male infertility and also a sign of the latter. It is a phase in man’s reproductive life that causes to lessen the experience from sexual activity. The responses of the sexual cycle that include excitement or arousal, plateau, pleasures or orgasm and resolution get disturbed. Infertility, it’s emotional and psychological stress also underlies the sexual dysfunction. 31 per cent of men report various degrees of this condition. Spoken in specific, sexual dysfunction can be categorised. 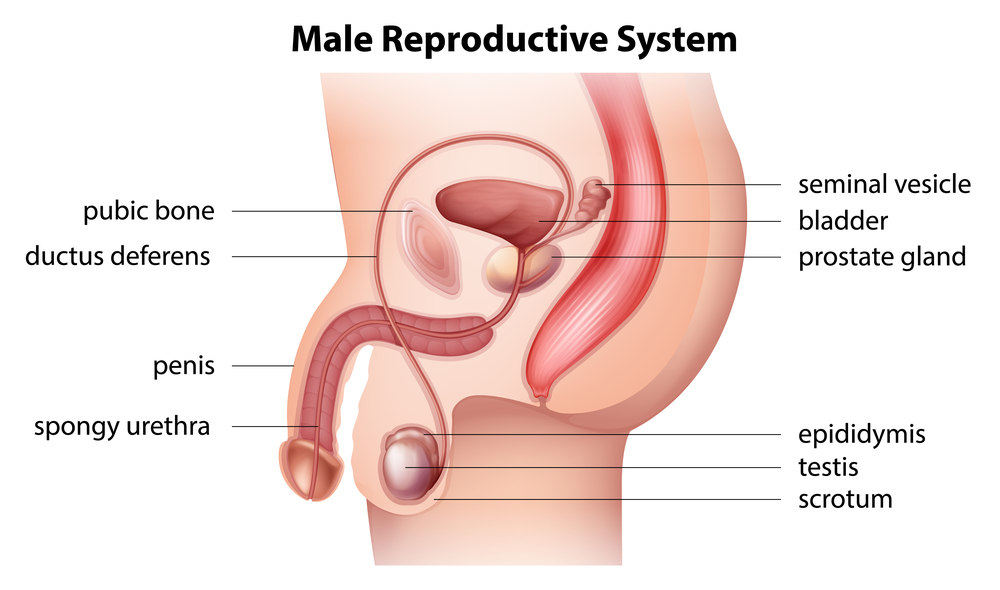 Signs and symptoms of sexual dysfunction

The causes of sexual dysfunction can be cardiovascular issues, hypertension, depression, post-sexual trauma, or issues with the partner, concerns regarding body image and appearances, drug abuse and alcohol addictions, tobacco and illicit drug abuse, chronic renal and respiratory problems, issues in the reproductive system.

This is a condition in which the breast tissue increases in size in males abnormally giving the appearance of female breasts. It is one of an endocrine disorder. The onset of this gynecomastia is irrespective of age. Increased levels of estrogens or androgens are the most put forth reason behind this condition. Though this tissue growth is non-cancerous, it can last up to two years or can be a chronic lifetime issue. Even newborns are prone to temporary gynecomastia due to hormonal changes. Gynecomastia makes the individual anxious and stressed out.

The sperm count in a normal individual can be expected from 15million to 200 million sperm per millilitre of semen. Amount less than 15millions / ml or 39millon per ejaculate is taken as the lowest sperm count. Semen is tested on the basis of the volume of the sperm, it’s shape and motility also called sperm movement. Men with higher blood pressure, high cholesterol, higher body mass index and higher body fat, high body weight, diabetes, and cardiac infarction and heart diseases have chances of getting their sperm production lower. The sperm count is crucial for conceiving a baby. A single sperm is sufficient for an ovum to fertilize into an embryo. But the sperm count is the criteria that decide the fertility of the man. There are some indicated ways to increase the sperm count naturally like taking vitamins, losing weight, exercise, avoiding addictions such as tobacco, drugs, marijuana, cocaine, anabolic steroids, heavy alcohol consumption and also being exposed to environmental factors causing infertility.

d) Pain in the testicular area:

Testes are the male reproductive organs which are destined to produce and mature the sperms. Testicular lumps are the abnormal formations in the testicles. This makes the whole testicular area swollen and becomes painful. The functioning of the testes gets altered. Fever, vomiting, nausea, pain in the abdomen, fatigue are the indications for this condition apart from the pain caused in the scrotum or the scrotal area. In extreme conditions, fluid accumulation occurs in the scrotum making it heavy, swollen and inflamed. Headaches, varicocele, hydrocele and epididymal cysts are also linked with testicular lumps. This may arise either due to infection in any parts of the reproductive system, or either in the testicles, in the epididymis, in the tubes and ducts of the genital tract, or glands. Also, injuries and trauma to any organ inside can direct to the formation of infection. But it eventually induces male infertility due to inadequate levels of testosterone alongside lower sperm production.

e) The size of the testicles:

The average size of the testicles is about 1.8 to 2 inches but it differs from one individual to the other. If the size is less than 1.4 inches, then the testes are considered small. As known, the job of the tested is to produce the sperm and the male hormone testosterone. The small-sized testicles when researched upon showed less density of sperm production. This happens because of the structures like seminiferous tubules that produce sperm cells gets lessened in number. Therefore the size of the testes has a direct role in sperm production and development. Thereafter, making the individual infertile which means they are unable to conceive an offspring because of the absence of sperm.  Research also put forth that people with smaller testicles also have cardiovascular disease.

It is a problem that arises when a satisfactory sexual performance becomes difficult after several times. Though it is a treatable condition. The cause behind this dysfunction lies in the blood vessels or nerves supply. Hormonal imbalance, or decreased secretion of hormones, and blood flow to the penis are the other justifications. Most of the men may have experienced a problem with the penis becoming hard sometimes in their lifetime. This condition occurring persistently for repeated times should be taken as erectile dysfunction. Other physical causes for erectile dysfunctions as several. A few of them being narrowing or thinning of the blood vessels blocked blood supply, high blood pressure, high cholesterol, diabetes, heavy body weight, thyroid disorders, insufficient hormones such as testosterone deficiency. The structural and functional disorder in the penis as in Peyronie disease also influences erectile dysfunction. Peyronie disease is a condition in which the penis becomes bent due to the formation of plaque inside the penis. Though when it comes about along with erectile dysfunction makes sex difficult.

Other habits like illegal drug abuse, alcoholism, and smoking can make any system in the body complicated so is erectile dysfunction.

Radiation therapies to the pelvic area, and exposure to scans and overheating can damage the organs present in the areas, so is the testes.

Researchers say that infertility concern in both males and females is associated with respiratory diseases such as cystic fibrosis. They put forth that anatomically the men suffering from cystic fibrosis have an undeveloped vas deferens. 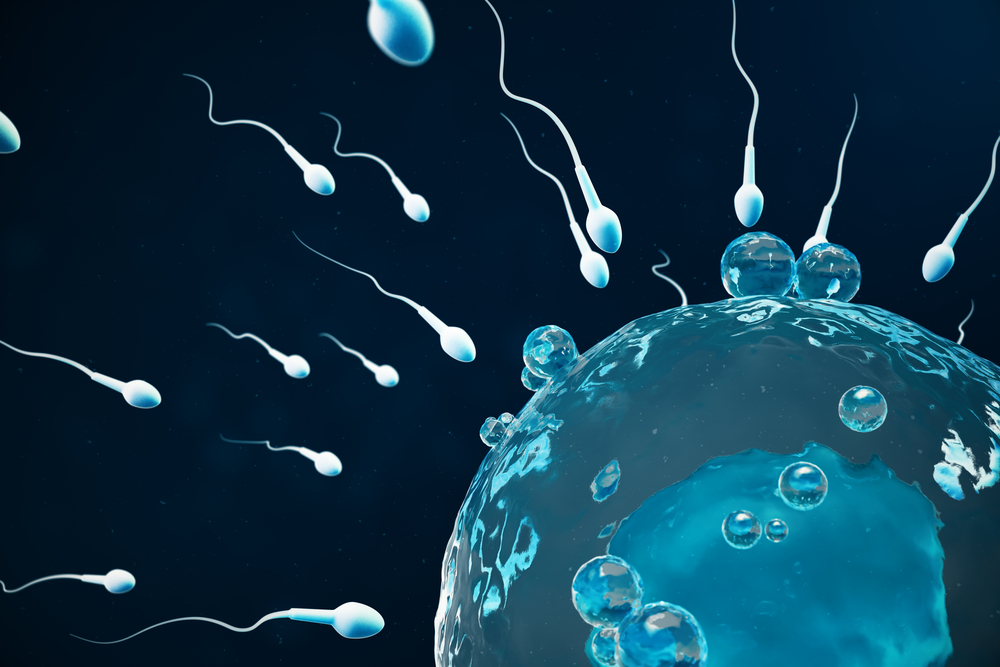 For a male to live a normal reproductive life and remain fertile, there are few things to be functioning normally.

How to Prevent Male Infertility :

Diagnosis and Treatments for Infertility:

After a general physical examination and taking a medical history about sexual habits and development, a semen analysis will be done.

A semen analysis estimates the nature and count of sperm. For a person, different specimens of semen can obtain different values. For more accurate outcome specimens will be collected at the accurate time.

The other treatments include scrotal ultrasound to check for varicocele or structural defects in the pelvic region if any.

A testicular biopsy involves taken from the testes to evaluate the density of sperm production and also for any injuries or issues with the testes.

Hormone test to evaluate the hormone production and imbalance of androgen.

The transrectal ultrasound takes a scan from Rectum to the peritoneum with a camera passed through. This visualizes any blockages through the tubules, the ducts and also the performance of the sperm. 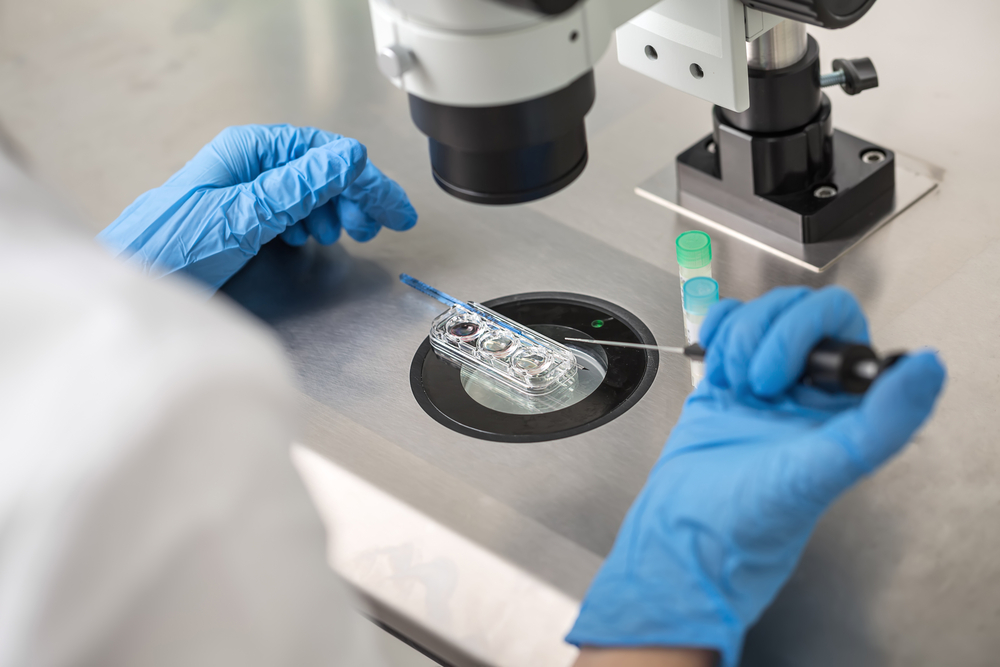 Also Read about Endometriosis and its Treatment, Adenomyosis Treatments