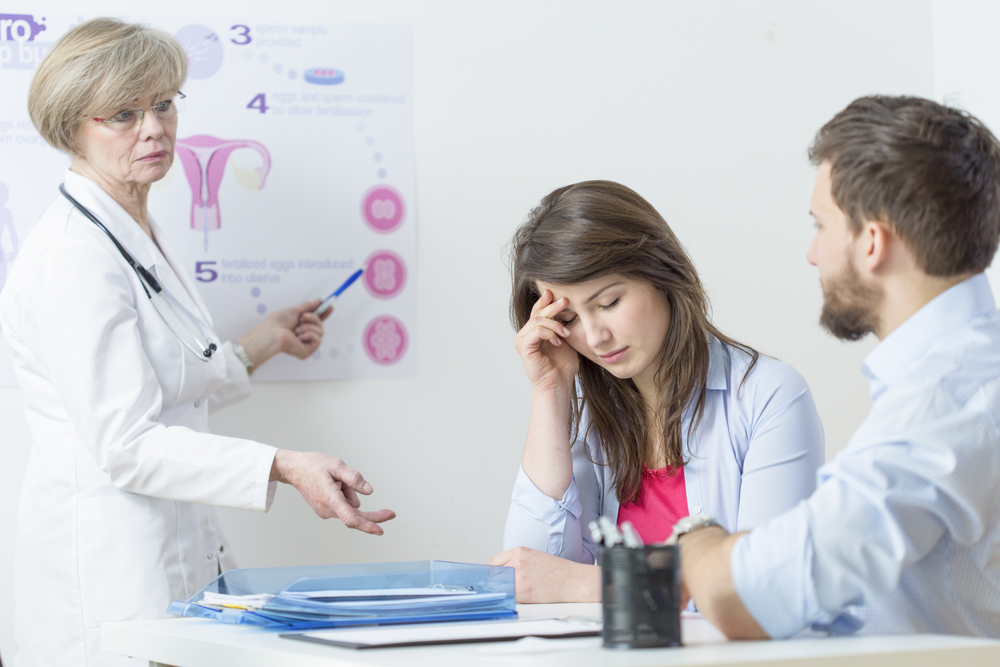 Pregnancy and carrying the growing baby over the gestation period involves complex changes in the female body. The processes involved in the reproduction are itself complicated. From the earliest step of menarche that is the first-ever menstrual cycle happening in a woman’s life to the

There are a lot of changes and phases involved all through pregnancy and prior to getting conceived. Anything can go wrong during all these processes at any point, which can lead to abortion and infertility.

Infertility can be defined in simple words as difficulty in becoming pregnant even after a half-year and more.

Whereas the reason for infertility can be different from one woman to the other. In some cases of infertility in spite of becoming pregnant, the things don’t go well and can’t stay up with pregnancy. This can lead to stillbirths and abortions.

Spoke about what the problem of infertility is, let’s look into some numbers that can amplify how problematic it actually is. The prevalence of infertility in our country lies in between 4 per cent to 17 per cent as per government records. It is highest in the northernmost states like Kashmir with 15 per cent and almost 8.8 per cent in the Himachal Pradesh, Uttar Pradesh and Maharashtra states. In Andhra Pradesh, 3 per cent of married couples are carrying the burdens of infertility.

Studies as in 2018 stated that 27.5 millions of Indian couples are suffering from infertility. Alarmingly the spread of this phenomenon has become still more rapid with growing generations and changing lifestyles of the younger generations.

Taken worldwide consideration, for every 10 per cent of women living in the united states of America, 15 to 44 women are facing this inability to become pregnant according to the centre for disease control and prevention. These numerical can establish how common infertility is all over the continents. Recent studies showed that in 2020 above 30 millions of Indian couples may have faced infertility.

Moving on let us discuss infertility in further levels. There are two types of infertility

primary infertility is when a couple fails to conceive their first child after a period of using contraceptives or without using any such contraception.

Secondary infertility is when there is an inability to conceive the second child. 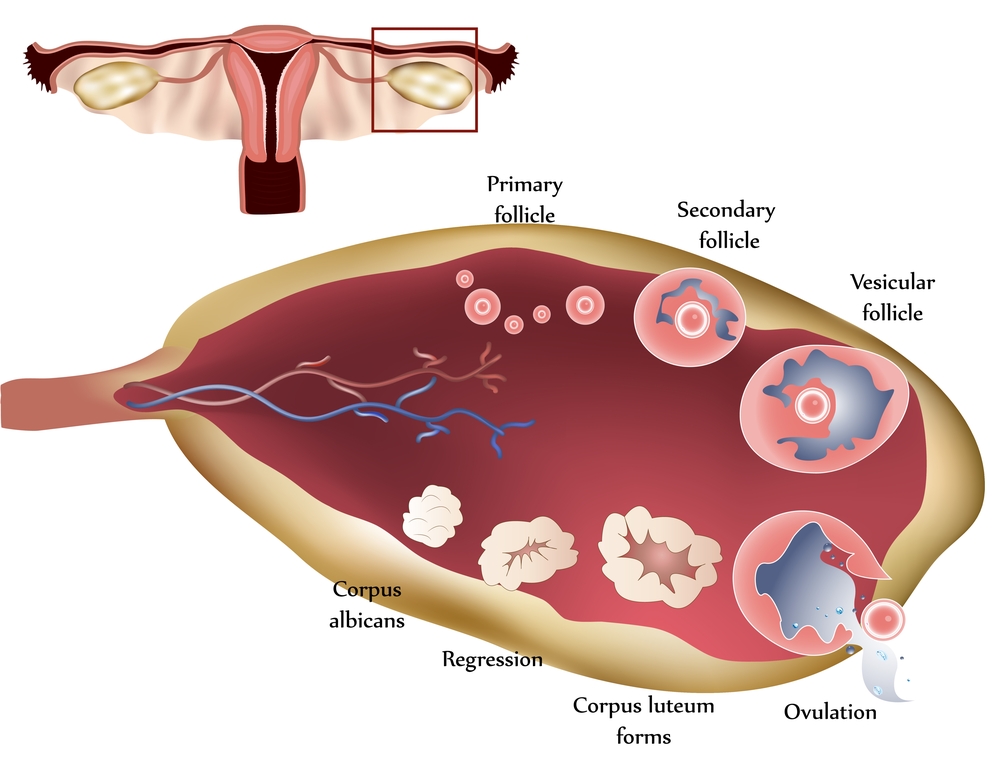 Ovulation is a process in which the ovaries release the ovum or the egg. This ovum gets fertilised by a sperm which is called fertilisation. This leads to the implantation of the embryo which can be said as pregnancy or ‘got pregnant ‘ time.

Elsewhere the production and development of the ova start right from the foetal stage. Later on, this ova when fully developed are released from the ovaries at one each for every menstrual cycle. Ovulation occurs before two weeks at least from the start of periods.

Takes place for about 10 to 18 days in a menstrual cycle. A menstrual cycle lasts for 28 days. Ovulation is the time when the ova get released from the ovary. The ova thus released is said to be in it’s the most fertile phase during ovulation. Two phases of ovulation exist:

The ova that are formed during the fetal stage as said above needs to get matured before they are released.

If the coitus during this phase of the menstrual cycle becomes successful in fertilising the ova, the implantation occurs. If not, the ova will degrade within 12 to 24 hours after the ovulation. In general, only one oocyte is released per ovulation. But sometimes more than one ova can be released. If more than two ova get fertilised by two sperm, it results in the twin pregnancy called fraternal twins.

Next comes the luteal phase, this is the end phase of the ovulation. The follicle that has released the ova transforms into corpus luteum by folding in. This release the hormones called estrogen and progesterone. This reacts on the site of embryonic growth where the implantation is meant to occur. When these hormones act upon, the endometrium which is already established proliferates into secretory endometrium. This marks the onset of menses by removing from the body as blood and scar tissue.

Ovulation can be noticed by some signs and symptoms by a woman herself. Rather it is described to be concealed ovulation. The cervical mucus thickness changes, the temperature of the body increases. In some women facing secondary infertility, ovulation can bring in some pain. In most women, libido is said to be high during the ovulation phase.

In women suffering from infertility, there can be problems during ovulation too.

The premenstrual syndrome commonly called PMS involves the symptoms that show up before the periods begin. Acne, bloating, mood swings, tiredness, irritation, tender breasts are a few which can be more severe in approximately 3 to 8% of women. The first period of a teenage girl is called menarche and ends with menopause in an elderly lady of 45 to 55 years old.

The periods begin after the corpus luteum formed in the luteal phase stimulates a sharp drop of estrogen and progesterone. This induces the thickened uterine layers to remove off through menstrual bleeding. The menstrual flows take 5-6 days on average. The average cycle lasts for 28days.

The menstrual cycle is called irregular if it takes a too long or too short cycle. The shortest cycle is when the variation between the cycles is just 4 days and longer is more than 8 to 20 days or anywhere in between. It is said to be normal if the variation is 8 days on average.

The disturbances through the menstrual cycle at any point can be listed as these. Amongst those infertility occupies the top place. 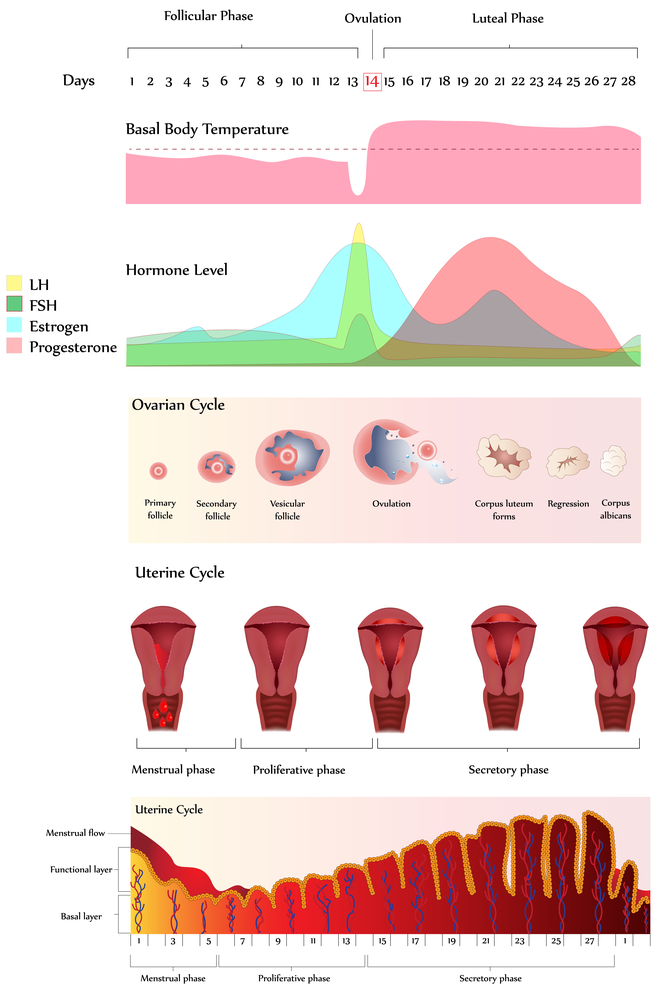 wherein does a menstrual cycle affect the fertility of women?

For a woman to conceive there lies a fertile period specific to herself. The fertile period of a cycle is during ovulation. It starts from 5 days before the ovulation to 2 days after it. Sexual intercourse during this time brings the highest likelihood of pregnancy. This may change in women if disturbances happen in ovulation or menstrual cycles like unpredictable ovulation, prolonged and heavy bleeding, irregularities in the menses, too long or too short menstrual cycles, etc., are a few reasons for infertility.

In women, the total egg reserve is formed in the fetal stage which will get depleted with age. 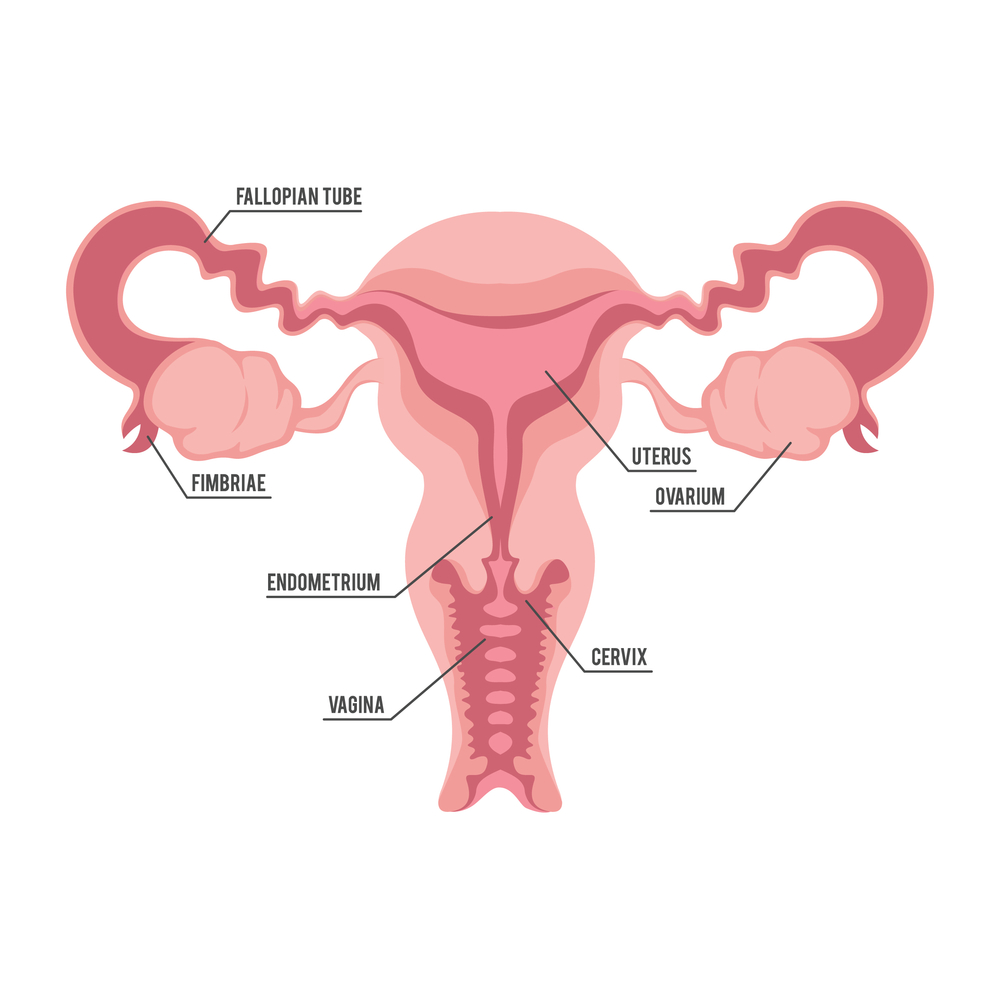 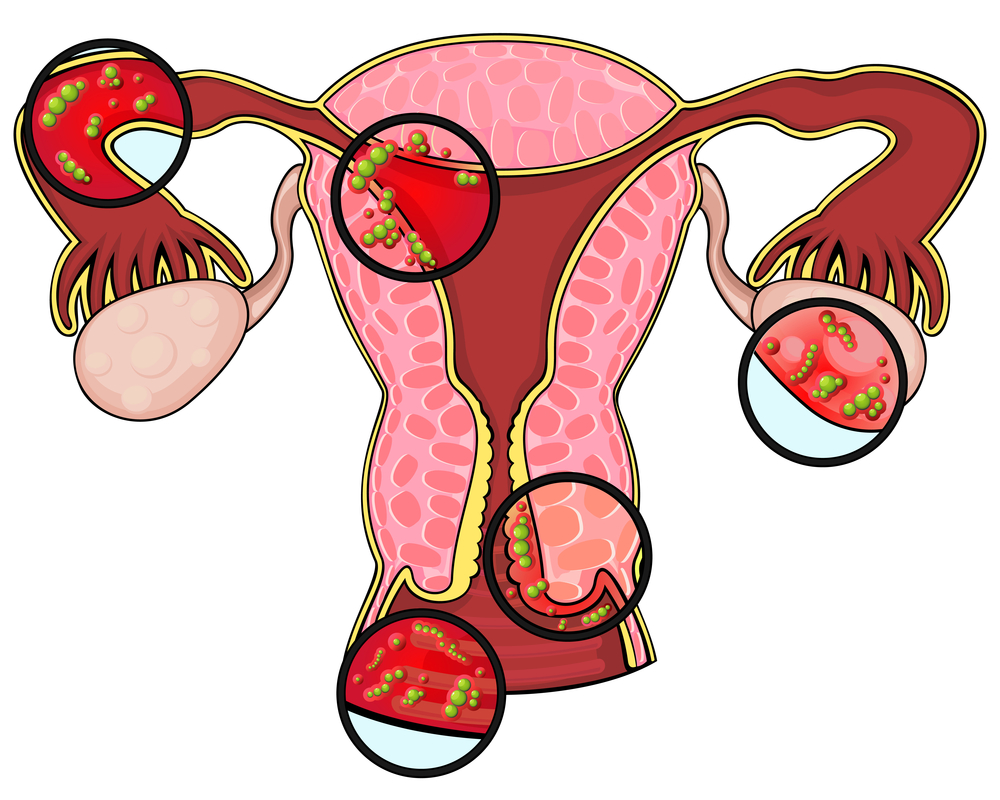 When a woman finds it’s difficult to become pregnant after a year or more with a successful sexual life, then a look into her reproductive health can be suggested. The history of reproductive health, prior pregnancies in case of secondary infertility, prior miscarriages and abortions, injuries and traumas, surgeries to the pelvic region will be asked.

Menstrual summary and ovulation periods are evaluated. A vaginal examination will be done. Physical examination of a vaginal and pelvic examination, pap test, blood test and ultrasound comes in the primary diagnosis. Tests that test for the levels of follicle-stimulating hormones and AMH in the blood are done to assess the production of eggs and the presence of follicles in the ovaries.

Optimal presence of these hormones in the blood indicates a healthy reproductive life. For testing, the amount of progesterone and date of ovulation, a 23rd-day blood sample is collected. Laparoscopy is done to evaluate any blockages in the fallopian tubes. Alongside x-ray hysterosalpingogram which is a dye.

X-ray is taken from cervix the to view the fallopian tube blockages. For visualising the nature of uterine polyps, uterine and endometrial fibroids, scar tissue ultrasound is done. Hysteroscopy and saline sonohysterogram examines the peritoneal cavity. Ovulation testing for prediction of ovulation and fertile phase. This can be predicted with testing for luteinizing hormone surge. Imaging testing that looks for disease in fallopian tube and uterus. Sonohysterogram is also called a saline infusion sonogram. Genetic testing is done to determine genetic defects that are responsible for infertility.

To talk about the treatment for PCOS, after testing for the ovulation and egg cell reserves. Tests will be done for hormones, sonohysterogram and genetic testing. There are many treatments to restore fertility. Fertility Restoration will be done by fertility drugs. Clomiphene citrate is an oral medication given to stimulate the release of FSH and LH. These hormones stimulate the growth of a follicle.

Letrozole works similar to the clomiphene and induces ovulation. Bromocriptine is a dopamine antagonist that inhibits problems caused by excess prolactin, metformin is used in treating diabetes if insulin is a hurdle for fertility.

Gonadotropin medications are used to mature the immature follicles and in stimulation to release the ova. These are a few fertility drugs prescribed. But there are certain risks associated with them. Surgical fertility restoration includes fallopian tubal surgeries and stereoscopic surgeries are done to correct or remove any abnormalities and obstructions.

Tubal surgeries are done if the fallopian tubes are blocked or filled with fluid. Laparoscopy is used to remove the blockages or to dilute the tubes. These are rarely adopted as most IVFs are successful. This takes several blood tests and daily hormone injections for a few weeks.

Intrauterine insemination is another prominent treatment that allows compulsory insemination. In this process during a period prior to ovulation, sperm is placed into the uterus.

Under the assisted reproductive technology, in vitro fertilisation comes. This involves a complex of procedures that helps to conceive a child. Eggs will be collected from the ovaries and fertilised in the laboratory by insemination. Later on, the fertilised embryo is transplanted in the uterus. Treating endometriosis, tubal pregnancies, removal of fibroids and lesions etc. Is primary to maintain a healthy uterus condition.

Prior Appointment is Must for Visiting