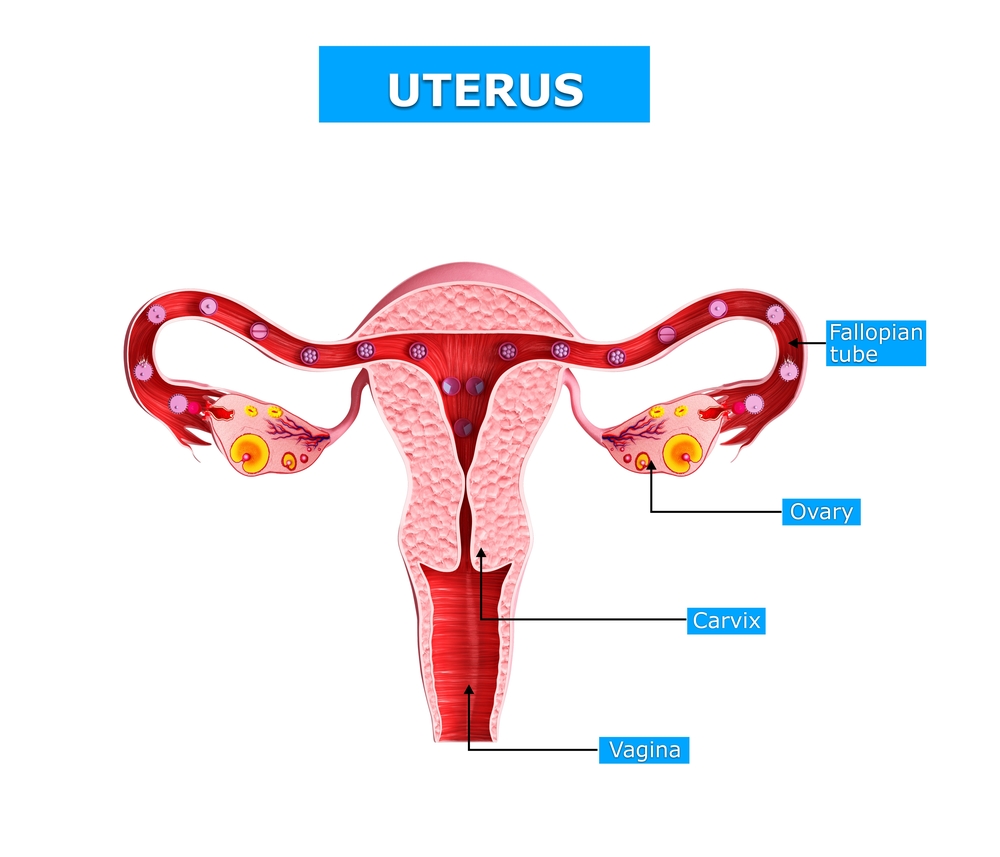 Adenomyosis and its prevalence: 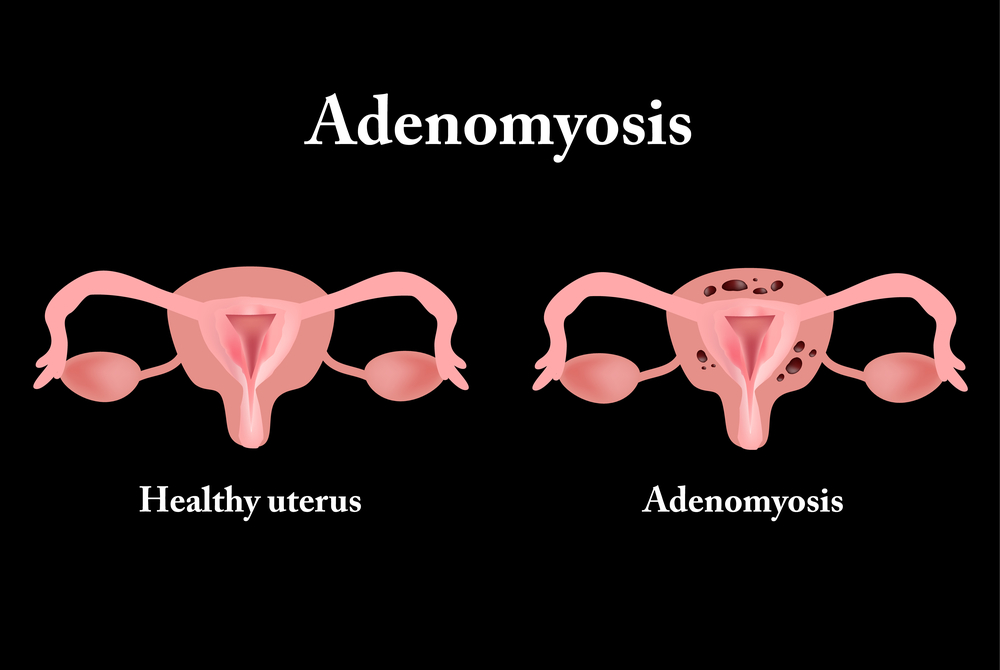 Adenomyosis is an abnormal condition in which the uterine endometrium grows in the uterine walls. It can be told as a reverse of endometriosis.

Endometriosis is the abnormal growth of endometrium outside the uterus at various parts of the pelvic region, including ovaries and fallopian tubes.

Prior to being called adenomyosis, it was treated as a condition of endometriosis. Both of them can be diagnosed together sometimes.

To define the trouble adenomyosis causes, it’s not a life-taking disease. But it can spread all over the uterus or is just restricted to certain places. This damages the uterus from within. The uterine walls break from inside, from the innermost endometrial tissues. This leads to the spotting of bleeding and breakage of the tissue.

The causative factors for adenomyosis are not specified. But the prevalence of it is recorded to be 21.8 percent back in 2018 in women who have been treated for endometriosis. It is one of the common gynecologic problems in women. It is often detected in women in their 30s or women nearing menopause.

In rare cases, adenomyosis can be observed in women in their early ages too if undergone any surgery or treatments for any uterine issues already or suffered from endometriosis.

The signs and symptoms of adenomyosis:

Adenomyosis can be completely asymptomatic with no clue in almost 33 percent of the cases. If not diagnosed or unnoticed at a quick time possible, the condition may get severe and debilitating. Other signs of gynecological conditions like heavy and prolonged bleeding, painful sexual intercourse, crampings, irregular bleeding, severe pain in the abdomen are noticeable. Further signs and symptoms that are seen in adenomyosis are

These are seen in about 7 percent of women suffering from adenomyosis disease. Polyps can be sessile and pedunculated which means they are either attached to the uterus by a pedicle or it may be absent. Noticeable in the cervix, vagina, uterus. These are masses of tissue supplied with blood vessels and arise from the uterine cavity. These endometrial or uterine polyps show the regular manifestations the same as any other reproductive problems. Like heavy and prolonged bleeding called menorrhagia, irregular menstrual cycles, vaginal bleeding even after menopause has reached, spotting and spotting during bleeding, the appearance of the polyps in the cervix. 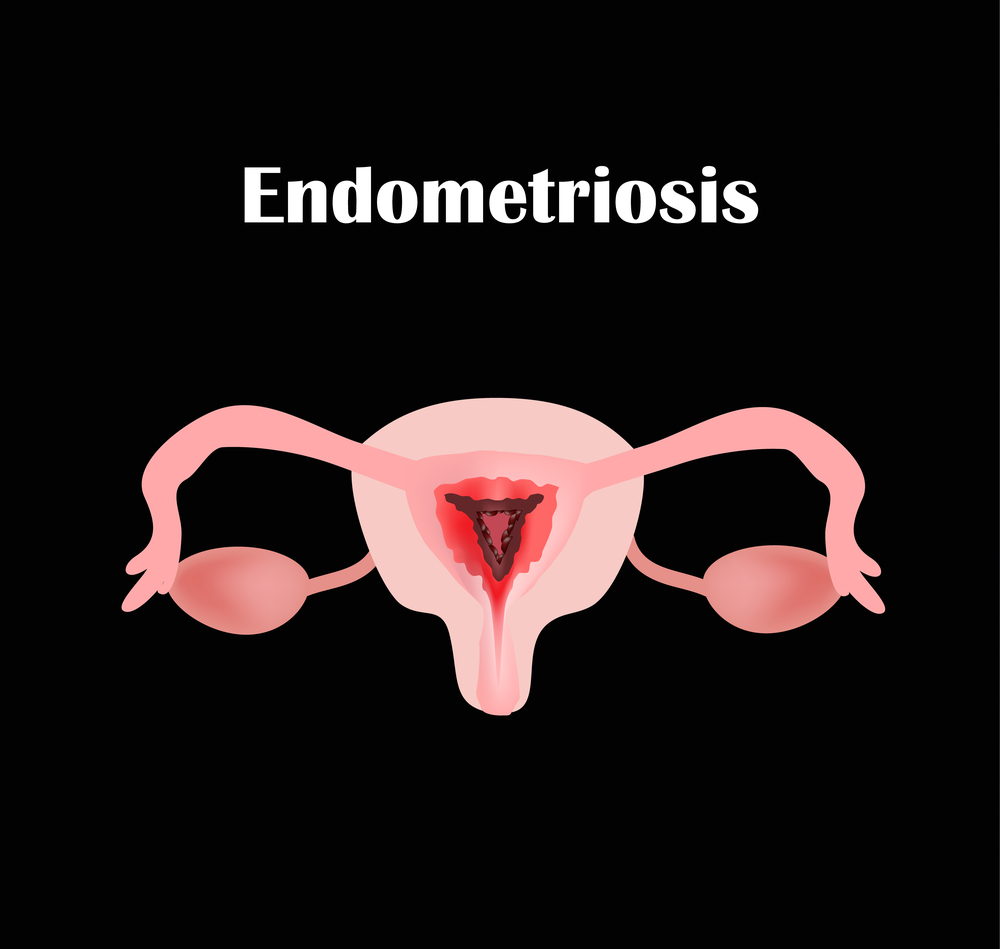 Endometriosis is a sign of adenomyosis in almost 11percent of women. Endometriosis is a uterine lining or the endometrium growing in the organs of the pelvic floor. The tissue grows over the ovaries, fallopian tubules, and around the uterus. About 10 percent of 100 women are affected by this condition.

The signs for endometriosis are abdominal pain, heavy bleeding and spine, and lower backache, etc. Infertility is the outcome of endometriosis, as it destroys the menstrual cycle and uterus.

The exact reason for this condition is undefined. Surgical removal of the endometriosis can be done in advanced stages. Treating with Gonadotropin-releasing Hormone agonists, can interfere with infertility and makes fertile in women trying for pregnancy. Though the chances are not completely real. The drugs clearly enhance the ability of fertility.

NSAIDs called non-steroidal anti-inflammatory drugs are prescribed as pain medication.  Naproxen is one one the NSAIDs. Progesterone dosage forms are given using intrauterine devices also helps to deal with infertility by inducing ovulation. They are used to relieve endometriosis by stimulating the removal of built-up layers. Surgical removal of the endometrial growth linings is done in the extreme and unmanageable conditions.

The signs and symptoms of endometriosis

The manifestations of endometriosis include heavy menstrual flow. Named as a mittelschmerz disorder, severe pain during ovulation.

Dysuria is a condition in which urgency for urination occurs along with pain. Pain during sexual intercourse, and severe back pain and pelvic pain.

Accurate identification lies in the right diagnosis and adopting a favorable treatment.

Adenomyosis is non-cancerous and to say it doesn’t have a greater influence on women’s fertility. Although its presence in the uterus and its uterine endometrium makes it unsuitable for becoming pregnant. This happens as the uterus gets damaged from within and will not have any endometrial tissue to establish implantation. In the case of already pregnant women, adenomyosis leads to premature labor or premature shedding of the endometrium directing to abortions.

Although it is identified in parous women, it can be diagnosed in the late 40s and early 30s also in rare instances. If a woman with secondary infertility is diagnosed with adenomyosis, before any other assisted reproduction treatments, adenomyosis should be treated. It makes the uterus healthy. Thus leading to a healthy and fertile reproductive life.

e) Enlargement of the uterus:

Seen in 30 percent of women with adenomyosis. A uterus has to be in good shape to be efficient enough for any reproductive activity. In some women, the uterus shape goes wrong even during the fetal stage. This develops difficulties at a later age when trying for pregnancy.

The change in the uterus shape can also occur due to other reasons. The enlargement or distortion in the shape can be caused by the growth of uterine or endometrial fibroids and adenomyosis. The bleeding and pain caused by uterus enlargements need treatment first before treating the distorted shape. Of late there have been not so serious cases recorded because of the enlargement of the uterus. The uterus becomes tender and easily prone to infections.

The bladder faces pressure from within. The heavy bleeding, pain, and hemorrhage occurring inside the uterus act cumulatively on the bladder. The pressure is created from all sides besides pain. Even urination can become urgent and pain may occur during micturition.

Heavy and prolonged menstrual bleeding is the common sign in almost 40 to 60 percent of the women facing adenomyosis and endometriosis. Blood loss through this process may bring in anemia, deficiency of iron, weakness, dizziness, fatigue and weight loss.

h) Renal pain is the sign in extreme cases:

A sense of pulling pain downwards will be experienced in severe adenomyosis.

I) Pain in the pelvic region and lower back:

77 percent of the women primarily suffer from pain in the pelvic region and lower back pain. As the most affected region is the pelvis and uterus.

The severity of the muscle cramps in the thighs and legs increases in intensity more than the usual premenstrual syndrome.

A tissue sample or a biopsy of the uterus tissue is taken after a hysterectomy.  They are taken out by laparoscopic procedures through the vagina and cervix. Invasions of endometrial tissues in the biopsy will establish adenomyosis. Transvaginal ultrasonography involves a visualization from the vagina to the peritoneal cavity evaluating any damages and injuries, breakages and bleeding from within. It is considered 85 percent specific in detecting adenomyosis.

For the most accuracy, magnetic resonance imaging is done to diagnose adenomyosis clearly.

Medication and Treatments for Adenomyosis:

NSAIDs reduce the pain and ease the inflammations. Naproxen and ibuprofen are given to relieve the pain caused. However, they are used in combinations with other drugs to ease the pain. They mainly function to inhibit prostaglandins that cause heavy bleeding.

Oral contraceptive medications are prescribed for immediate pain ease. The progesterone stimulates the removal of endometrial layers and starts the bleeding. Hence progestins and progesterone are provided to evade endometriosis.

Speaking of the surgical option in the treatment, myometrium and adenomyoma resection is done to remove the adenomyoma through laparoscopy or hysteroscopy. A 50 percent success rate is seen in this case. But performing surgery can tear up the myometrium even more.

Nevertheless, if the surgery is successful there will be a tremendous improvement in bleeding and menstrual pain. Infertility and pregnancy issues are also seen as a 78 percent success rate after this surgery is done.

For women after cessation of conceiving an endometrial ablation and resection surgeries can be done.

To mention fertility issues can be solved if adenomyosis is treated well first.

The women who have been given IVF treatments in spite of being suffering from adenomyosis we’re not able to become pregnant and even more prone to miscarriages.