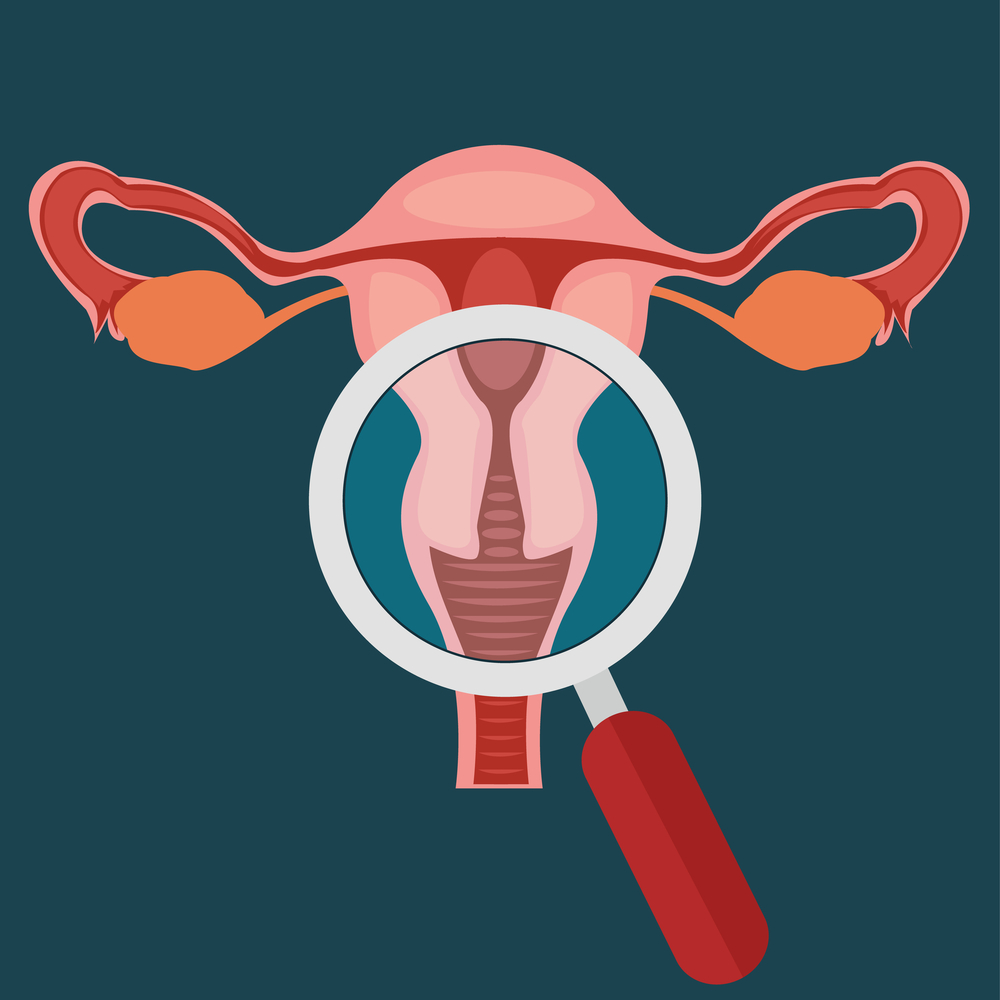 The major drawback for the growing prevalence of this bleeding is lack of awareness about the disease and its treatments among the women. As the women of reproductive age often encounter irregularities with the menstruation, such as PCOS, endometriosis, infertility etc this hasn’t reached the spotlight. Although menorrhagia also is common with them with practically 16.06 per cent of women reporting this.

The treatments prescribed for this abnormal uterine bleeding depends on the underlying causes. Let’s talk about a normal menstrual cycle and what a reproductive life is for a woman taken to be so.

A woman has phased in her reproductive life. Her whole life can be categorized into 3 phases excluding pregnancy.

Menarche is the first period in a girl’s life. Also marks the beginning of the reproductive phase. The fertile age starts at the onset of the first period. Menarche starts from 12 years of age. From then the menstrual cycle lasts up to menopause, the end of periods. A horde of diseases and disorders hit women during this age.

A menstrual cycle involves a complex of changes from ovulation, fertilization, pregnancy, menstruation and in a repeat. Ovulation is the releasing of ova from the mature secondary follicle once every menstrual cycle I.e, for every month. Each one thus awaits fertilization with sperm for about 48 hours. If fertilized the implantation occurs. Meanwhile, the hormones that help the reproductive system prepares the womb by layering a healthy uterine endo and myometrium. If the ova is not fertilized, all the layers get flushed out with bleeding. This is menstrual bleeding or menstruation, a menstrual cycle takes 28 days to finish one. The uterine bleeding lasts for about 4-5 days on average in healthy and normal women.

For a woman’s reproductive life to be called normal, there are various ways to act normally. The bleeding throughout the menstrual cycle should not be more than 80ml which means it should not exceed 5 tablespoons. Another potential factor that makes a difference is how frequent the periods. A period has a fine length of 28 days between two consecutive ones. A menstrual cycle is shorter than 3 weeks for a longer time or is longer than five weeks for a quite considerable time is a problem. Some women face spotting between the periods.

This is not an easy go factor to let off, bleeding after having sex has a significance. These are significant changes that can manifest an altered reproductive life in women. We further talk about the consequences of heavy bleeding at a progressive level.

It was formerly called as dysfunctional uterine bleeding when it causes and elaborate knowledge is not available. Atypical uterine bleeding is when the bleeding goes on more than 28 days and longer. The cause behind the atypical uterine bleeding is listed out to be the hormones. The hormones are responsible for every change in the reproductive system. From the ovulation to the bleeding or avolulatuin or skipping of the menstrual bleeding also called as the absence of periods etc. Certain hormones cause ovulation, certain hormones shed off the lining of the uterus. All these are stimulated and carried on by female hormones like progesterone. Its fall and rise bring in various and sudden changes. Women closer to the menopause and teenage girls who just started out with the menarche are most likely to experience heavy bleeding than the rest. Spotting between the periods can also occur with them. 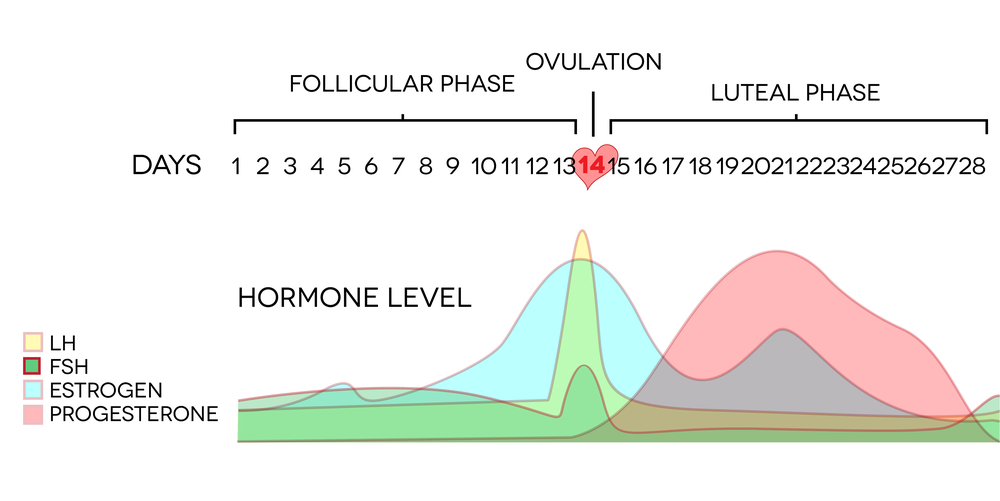 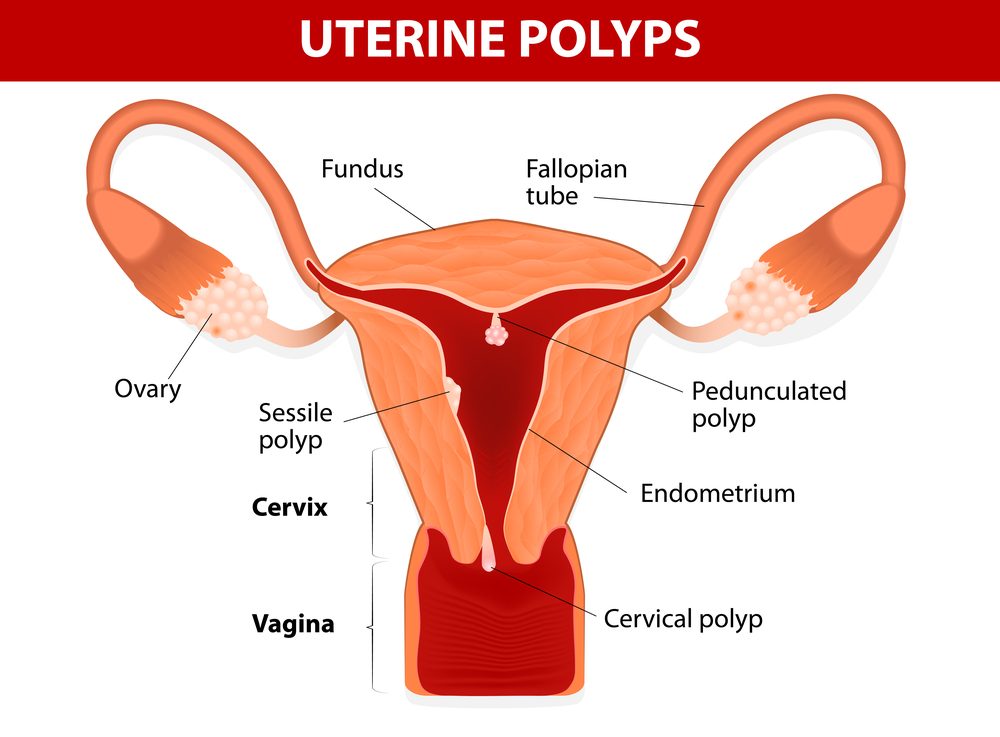 The dysfunctional uterine bleeding that occurs in a uterus which looks normal structurally and without any hormonal issues can be due to endometriosis. Endometriosis is a condition in which endometrial linings of the uterus grows deeper into and around the organs of the pelvic region. The tissue that has grown deeper in such a way gets sheds off as in a normal menstrual cycle. The bleeding has nowhere to go and accumulates in the peritoneum sometimes. this results in severe abdominal pain, back pain and severe bleeding. Heavy and prolonged bleeding happens in endometriosis. 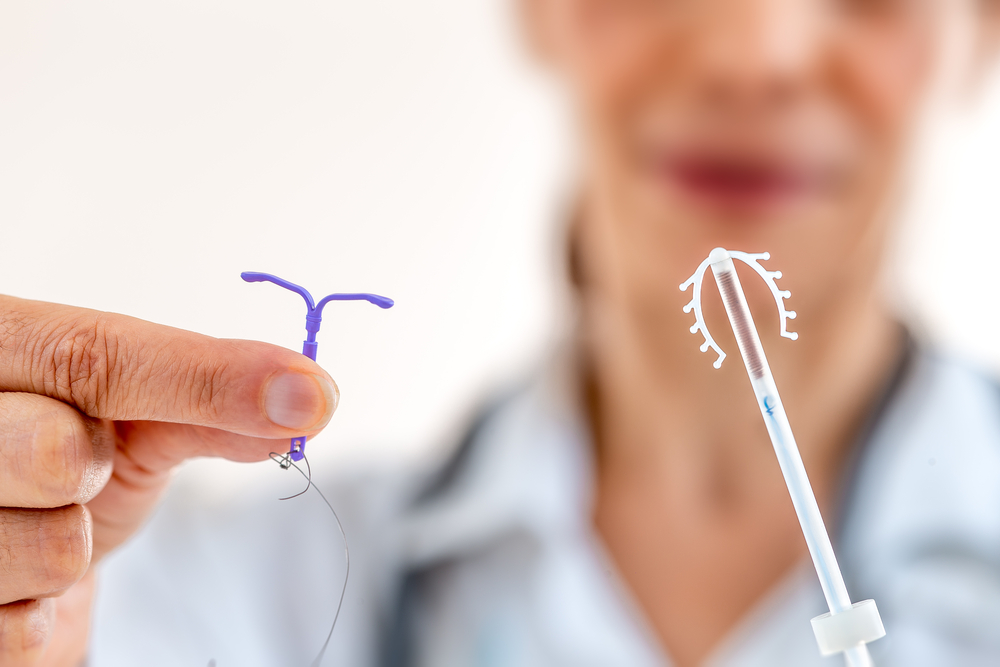 The most common complication of using intrauterine devices is abnormal uterine bleeding. The extreme bleeding starts right from the insertion and continues thereon. Minor bleeding during the insertion of the devices is common to happen and does not imply any pathological reason. The progressive complications are menorrhagia, metrorrhagia, and bleeding between the periods called spotting. The size and form of the intrauterine devices are related to blood loss. Inert IUDs cause more blood loss than the copper IUDs because of their small size. Metrorrhagia occurs along with pain and causes the displacement of the IUD from its place. The extreme cases of metrorrhagia can result in abortions, extrauterine pregnancy said as ectopic pregnancy, implantation issues in the uterus, and infections in the uterus. If the intrauterine devices are placed in the uterus for more than two years, a calcium deposit develops on the surface.

In general uterine bleeding in a woman occurs during the periods. The menstrual cycles frequency can stand anywhere between 22 to 38days on a maximum note. If that differs from the above numbers it is taken as abnormal bleeding. Similarly to know in-depth, a normal period lasts for less than 9 days on a standard. There will be less than 80milli litre of blood loss in this whole period.  If any fluctuations in the length and frequency of these numbers considering periods come about for a long while, it is to be evaluated for an explanation. Excessive blood loss and prolonged bleeding at an abnormal frequency are the signs of dysfunctional uterine bleeding.

On the other side, Dysfunctional uterine bleeding is an established result of hormonal disturbances, endometrial vasoconstrictions, plug formations and again stress.

Based on this there are two types of dysfunctional uterine bleeding categorized.

Diagnosed in women after reproductive age. Either in women at pre menarche or post menopause, it occurs and nowhere in between. The explanation lying behind is at that ages of women there do not occur any issues like ovulation or anovulation, no release of egg cells too. Eventually, the corpus luteum does not form. As the corpus luteum which produces progesterone is not formed, the estrogen levels splurge. The unopposed levels of estrogen in the body act in the blood vessels. With the rise in estrogen, vasopressin decreases in the uterine blood circulation. This changes the thickness of the blood vessels and vasodilate. It leads to blood rush in the circulation. These thin-walled and dilated endometrial blood vessels develop hyperplasia in the uterine endometrium. Subsequently, a breakdown, regeneration and realignment of the uterine endometrium go on. Through all these ways a control over the volume of blood loss is lost in the body. And the volume of blood lost with each break down of the endometrium and duration of bleeding becomes abnormal. Anovulatory dysfunctional uterine bleeding has its own serious effects although not associated with ovulation issues. Women with the polycystic ovarian syndrome are more inclined to this.

The other causes and their mechanisms are a few. Of them, menorrhagia is one. It is the term used for excessive and heavy menstrual bleeding.

The diagnosis of this issue is an expensive affair although it can be assessed by the instances of heavy bleeding, usage and changing of pads, number of pads used and all quantifiable measures put together.

The thrombocytopenia aggravates bleeding, as the platelet count falls and the clotting doesn’t occur. It fails the plug formation to arrest blood loss. The coagulation deficiencies along with fibrinolysis And anticoagulants can likely result in menorrhagia.

70 per cent of the gynecology outpatient cases are of dysfunctional uterine bleeding.

Like any other ailment, it starts with the physical examination and medical history of the patient. The questions regarding Bleeding patterns, pain and history in the family of dysfunctional uterine bleeding are asked about.

Next, a blood sample test is done. Blood tests give a complete blood count and measure the hormone levels. Anaemia is found out by these tests if the red blood cells count gets low during the prolonged blood loss.

A pelvic ultrasound will be done to have a view of the reproductive organs. This reveals any abnormal growths, such as endometriosis, endometrial polyps or uterine fibroids etc and internal bleeding. Women in their late 35s are recommended the ultrasound.

Gynaecologists may prescribe for laboratory assessment of thyroid-stimulating hormone, chlamydia and pregnancy.

Endometrial biopsy or endometrial sampling is collected from the uterus if it shows any abnormal growths or thickened uterus along with persistent internal bleeding. Endometrial Sampling is recommended in those over the age of 45.

Hysteroscopy is done for the examination of the uterus through the cervix.

The treatment plan depends on the underlying cause. Treatments vary for chronic illnesses, blood disorders and also for women planning for having children. Whereas treatments are not suggested for women nearer to their menopause instead of a wait and see approach is specified. In women after taking treatments, it becomes hard to have children. But some may make kids in rare instances. In puberty women, the hormones often correct themselves on their own.

Talking whether the dysfunctional uterine bleeding is treatable or not there are various options for treating it. The frontline of treatment opted by the doctors is by oral medications.

Prescribing the birth control pills and hormones as hormone therapy can give lighter periods and make the menstrual cycles regular. A combination containing synthetic estrogen and progesterone are used in the drugs.

In women who are not planning to have children, contraceptive methods also used. Implants and intrauterine devices that release progestin can be used as hormonal treatments. For women planning to have children, ovulation stimulating drugs are given. One of such is Clomid. The ovulation stops the menstrual bleeding and brings back to a normal menstrual cycle. If getting pregnant, the bleeding chances will anyway become zero.

If the pattern of bleeding is uncertain. That is if it is heavier and unpredictable and lower at some times, lower dose estrogens aren’t prescribed. Estrogen is given intravenously until the bleeding comes to control. It is followed up by a course of oral progestin to balance the hormones.

In certain cases of dysfunctional uterine bleeding, with long and heavy bleeding some may develop thickened uterine lining. That can be treated with a procedure called dilation or curettage. Called as D and C, it is performed as an outpatient surgical procedure. The thickened and built up layers of the uterus are scraped off during this process. To treat the uterine walls those are abnormal, an additional biopsy is taken.

Depending on the results of the biopsy, if the cells are cancerous in the biopsy. Hysterectomy also to say a complete removal of the uterus is done.

Other treatment options include gonadotropin-releasing hormone agonists. They obstruct certain hormones in the body. Fibroids are treated by these agonists.

Anti-inflammatory drugs like as ibuprofen and naproxen are given before the onset of periods to lighten the blood loss.

Endometrial ablation is another procedure to destroy the uterine thickening. This is carried out in women post-menopause or those nearer to it. Heat, cold, electricity and laser are used to clear the uterine linings. This process makes the uterus unsuitable for pregnancy and periods are no more seen. If conceived, it can be a risky pregnancy. Hence birth control pills are used till menopause.

Myomectomy or uterine artery embolization is a surgical procedure that removes or cuts the blood vessel supply to the fibroids.

Hysterectomy is done also if the fibroids are larger and not for cancer alone.

In general, dysfunctional uterine bleeding is a temporary condition which comes with hormonal imbalance and goes when they get right. The heavy and prolonged blood loss that happens with this issue, causes anaemia. This needs a lot of vitamin and supplement treatment. In severity, a blood transfusion may be needed to combat the loss.

The care to take to outlay these imbalances is