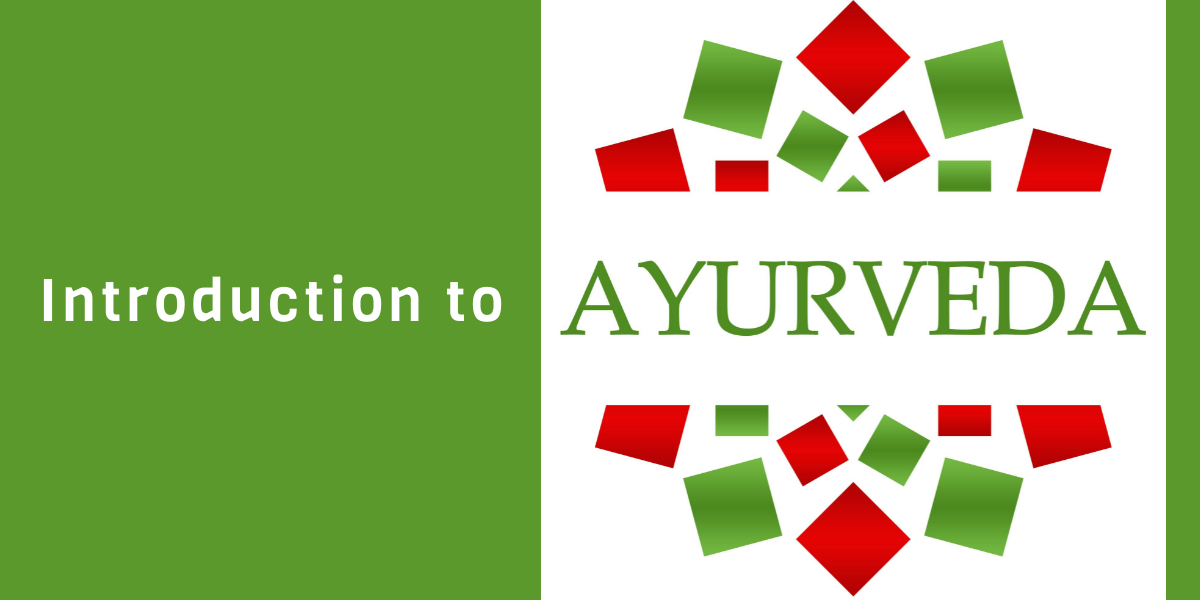 Introduction to Ayurveda- a simple guide

On a sunny day, all of a sudden Ayurvedic system of medicine developed. Is it so? Was it sudden or what do you know about the origin of Ayurveda? Ayurveda is said to be an eternal shastra, decades pass, and then also it stands tall in healthcare then, now, and in the future. Can we dive deep into it !?

The age-old sastra of life and longevity is having roots even up to 2 nd century BC. As per Ayurvedic classics like Ashtanga Hridaya, Lord Brahma memorized this ancient sastra and then passed this treasure of knowledge to Daksa Prajapati, the heavenly king. He then taught this to divine twin physicians the Aswini kumaras, they, in turn, taught this to Indra, and after that through sages like Atreya Punarvasu and his disciples, this divine herbal wisdom began to flourish on earth.

Very fascinating tale, right? Ayurveda is also a part of divine Vedas like Rigveda and Atharva Veda as per Acharyas. Yes, the same ancient medicinal sastra and its medicines are spreading worldwide even in the present context. This shows the legacy and universal applicability of Indian philosophy and its scriptures. Let’s have a look at the basics of Ayurveda and imbibe the very essence of it!

Ayurveda helps in preventive, curative, and rejuvenative aspects as a whole. Not only herbs but also minerals and purified processed metals also are a part of real Ayurveda. The aim of Ayurveda in Sanskrit sloka is

Basics of Ayurveda in brief

You are a part of the universe and the whole universe is made up of 5 mahabhuthas, the microscopic all-pervading entities.

Three doshas – in a gist

Your body is made up of three doshas, the three humors. These are also formed out of the combination of panchamahabhuthas.

Other important concepts in Ayurveda

You have innate digestive fire energy termed Agni and it has two dimensions, one which helps to increase appetite and another one which promotes digestion. When you are having fine Agni, your bodily channels Srotases are open and working properly.

When they are blocked due to intake of unhealthy food, lifestyle, and filthy mindset, Ama – the metabolic toxins are formed in your body.

Ayurvedic medicines first act on correcting Agni clearing the srotases and thereby eliminating ama out of the body. When your body functions normally, you are a healthy person aka Swastha. Then you also have natural vitality, the Ojus, and natural radiance, the Thejas.

Ayurveda also uses the concept of Prakriti to differentiate between different types of the physical and mental mindsets of people. If you have the nature of Vata and Pitta more in your body, you have Vata – Pitta Prakriti.

You should also know while your Ayurvedic physician consults you, he analyses these 5 factors – the cause, prodromal symptoms, signs and symptoms and prognosis, beneficial and harmful diet, and lifestyle associated with your condition. Even the place you live and the local climate and water-like things influence your diagnosis and selection of medicine and treatment.

Ayurveda considers many factors in the decision of the condition, its diagnosis, prognosis, and management. Therefore, even though Ayurvedic medicines are safe and effective, you should opt for medicines and treatment under the guidance of a registered Ayurvedic practitioner only.

For ease in treating others, Ayurveda is categorized into 8 branches as per classics like Ashtanga Hridaya. In reality, more branches like Ayurvedic herb study (Dravya Guna Vijnana) and Ayurvedic medicinal preparations and metallurgy ( Bhaishajya Kalpana vijnana and Rasa sastra) are present along with these 8 branches.

Among branches of Ayurveda, Panchakarma, the detoxification therapies come under Kaya chikitsa. They are highly revered and practiced in Ayurveda. Benefits are the elimination of toxins deep-rooted in body channels and this expelling once completed, restores sound health of mind and body. Ayurveda advocates, preparatory procedures called Poorva karmas, and post panchakarma dietary regimen called Peyadi krama are also associated with panchakarma’s main procedure.

You have heard of Madhyama Marga, the middle path being propagated as part of Buddhist philosophy. In Ayurveda also, doing things in the right way at the right time and place with the right mindset is important. Ayurveda advises everyone to do things at the optimum level, not in excess or too less mode. The mentality to be mindful and righteous also is required to understand pure Ayurveda.

Ayurveda is like a vast ocean. You have heard of Ayurvedic herbs like Tulsi, Aloe vera, Ashwagandha, some medicines like Chyavanaprasha and Dasamoolarishtam, and about Panchakarma therapy in general. Ayurveda has connections with ancient history, philosophy, literature, arts, etc. Once you decide to know its roots, it becomes even more interesting.

Concluding this blog with an interesting fact about Chyavanaprasha. This wonder medicine got its name from the fact that it restored youthfulness to old sage Chyavana on consumption. Do you know that there are many more rejuvenative restorative rasayana medicines like Brahma rasayana in Ayurveda still!

Have openness and an inquisitive mindset to explore waves of authentic Ayurveda.